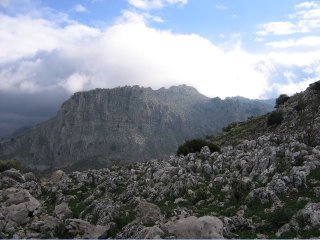 Today we did not do transfer. Here's the story in a nutshell: as you know, I was dealing with a mild case of OHSS. Well, yesterday at about 7PM, I had a sharp chest pain. It was shocking and really hurt. But then it went away.

Now, I had had pains in my legs all week AND my Hubs had just given me a leg massage... so this worried me. I was concerned about a PE (pulmonary embolism) - that's a blod clot that can move from an extremity up into the lungs and beyond. Can be fatal, so no messing around here. And estrogen therapy is a big risk factor. God knows I have enough estrogen in my system right about now.

I called my RE and he told me to head straight to the ER, that it was a good sign that the pain had passed, I had no shortness of breath, no dizziness. But just to be prudent it was the right thing to do. So I did. Or, rather, we did.

Spent all night in the ER getting evaluated with various tests and scans, thankfully everything came back negative for PE. Then I started having some chest tightness and burning. I still have it now. We are fairly sure it's a nasty case of heartburn or espohogeal spasm. Ouch. Pepcid not helping. Anyone experience this during IVF?? (I am going to my internist tomorrow to be further evaluated.)

The biggest surprise was when my RE walked in to the emergency room at 11:30 at night just to check on me. He does NOT live close by and he gets up at like 5AM. Of course I had spoken to him on the phone, but I was not expecting this. You should have seen Hubs' face. He was really touched.

We talked about whether we should or should not transfer today. We elected not to. I had just had a dose of radiation and was injected with dye (from the CT scan) and I was tired and it just seemed like a poor idea. I love my RE. He is prudent. He wants me to get pregnant, but he has his priorities in order.

So, this morning we found out that all of our embies have survived until day 5 - so far we've frozen 4 fully-developed, excellent quality blastocysts (in 2 batches of 2) and they're giving the remaining three a little more time to develop before freezing them as well (hopefully they will make it). This is really great news, and makes the fact that we're not doing a fresh transfer a lot easier. We still have a chance(s) if they can survive the freeze and thaw.

Anyone out there ever get preg from FET? Now would be a good time to encourage me regarding this. ;)
Posted by YouGuysKnow at 2:54 PM

Plenty of people have got pg from FET. No, not me, but you know... plenty. Probably more than got pg from fresh ET's, when you think about it.

It's disappointing, but it is safest for you. I hope you're feeling better soon.

I am sorry that you couldn't do transfer today, but it sounds like it was the best and safest decision. I hope that you are feeling better soon and that the rest of your embies make it to freeze. You are in my thoughts. Hugs!

I stumbled upon your blog yesterday while searching for OHSS information. I wanted to share my experience with it from my IVF cycle last year, but since it was not positive I decided to refrain. Last year at this time exactly, I went through my first IVF cycle. I'm 26 and have no fertility problems (the problem lies with my husband) so I ended up with superovulation. They retrieved 29 eggs and the day following the egg retrieval I started developing OHSS. I ended up with the severe form, requiring a week and a half in the hospital. Needless to say the day before the scheduled transfer, the decision was made to freeze the viable embryos since OHSS worsens if pregnancy is achieved.

Good news-on my second frozen transfer attempt in September of last year, I got pregnant. Totally unrelated to the IVF, I miscarried (it was determined through genetic testing that the baby had a 3rd copy of Choromosome #3, which is a fatal chromosomal defect). So, it is now June and we're trying again. I'm on day 6 of the stimulation medication, hoping that with a lower dosage and more careful monitoring I can avoid OHSS again and do a fresh transfer.

As for the heartburn, I developed GERD in April (treated with a RX called Aciphex). I was feeling better the last month, but now that I've been on the stim meds for a week, it's been worsening so it may be due to the meds and the effects they have on digestion.

Having experienced what you're going through, I'll be praying for you. I don't know anyone else going through IVF or anyone who has, so I'm finding great comfort in reading through your blog and knowing that there are other women out there with similar concerns and fears.

Although it is dissapointing not to have a transfer, it sounds like there is a lot of promise here.

Yes, definetely people have gotten pregnant from FET. Go to Manana Banana's blog to read all about it. :)

thank you for blogging. I'm doing my first round of IVF and I'm absolutely terrified. I'm reading all the blogs I can find and it is very reassurring. Thank you so much for doing this.

Utrus - I'm glad to hear that you've got some good embryos for freezing, but it sound like you've had a hellish 24 hours. Hugs from me xx

Lots of ppl have got preggers from frozen cycles - ovagirl for one.

I am currently on the 2ww from a FET, the last 3 havnt worked but there is always a first, not to mention 3 of my friends have.
Good luck and I hope your feeling better.

UtRus- wow, what a rollercoaster! I am sorry you're not feeling well, but it sounds like you've got some great blasts for a FET.

I have heard good things about FETs, my RE seems quite optimistic about our chances of getting pregnant. I will keep you posted if it works.

I have not done FET, but am praying that it works for you. Sorry about the delay in transfer and so happy you don't have an embolism! Scary!

Sorry about the delay--but I hope you are feeling better. My cousin got p from a frozen transfer--so I think it will be all good!

Do you know http://www.mananabanana.brainwidth.net/ - she just had a BFP with an FET.

Hopefully in another month or so I can add myself to the list of FET positive's.

With seven 5 day blasts, that sounds to me like you have a few great chances. I am sorry you weren't able to transfer. Your RE sounds amazing, to show up to the hospital is some real dedication.

Glad to hear you are ok in the heart and PE dept. We don't anymore stress around here. I *heart* your RE. That was very kind to show up at the ER.

Wow, I am just catching up with your OHSS. That is terrible, but good thing that it wasn't any worse. Can't believe that your doc showed up at the ER--that is AMAZING!

I can't be of any help with the FET, but it sure sounds like you have some great blasts ready to go. As much as it sucks to put things on hold, I would have made the same decision. Take care and hope that the OHSS clears up quickly--believe me I know how uncomfortable it is.

How scary that must have been. And stressful. And disappointing. All at the same time. But I'm glad you've got some nice frosties on hand. Hope you're feeling better.

Oh, darlin'! That must have been so scary! But I am SO happy to hear that you have such a wonderfully supportive RE.

I am glad you are OK and I love your RE. Frozen blasts sound pretty hopeful to me!

I'm glad you're in good hands. Though it must be disappointing not going ahead now, I'm glad you have prospects.

I'm so glad your RE is so thughtful and prudent and you're getting such good care. I'm still getting all caught up on blogs and was so very sorry to read of your OHSS. Keep on taking good care of yourself. I have lots of friends with beautiful babes from FETs. I hope you join that list soon.

Ut? You still recovering there?

Wow! That's wonderful that your RE is caring enough to check up on you in the ER. I'm glad that your embies are looking good. I know someone that got pregnant from FET a few months ago. I'll keep my fingers crossed for you.

How scary for you! Sorry it's been so rough, sounds like you and your RE made the smart choice. Plenty of people do indeed get pg with FET, I plan to be one of them next month! (I can dream, can't I?)

Hi im looking and reading everyone's comment, i have started my ivf journey in november 2012 and it started with birth control. I started buserlin shots and then went on menopur 3 days before my transfer i had pain in my chest and started to cough blood. I was immediately taken to the er where i was warded for 5 days. well i had to stop my menopur and i am waiting on the next cycle. i feel hurt.